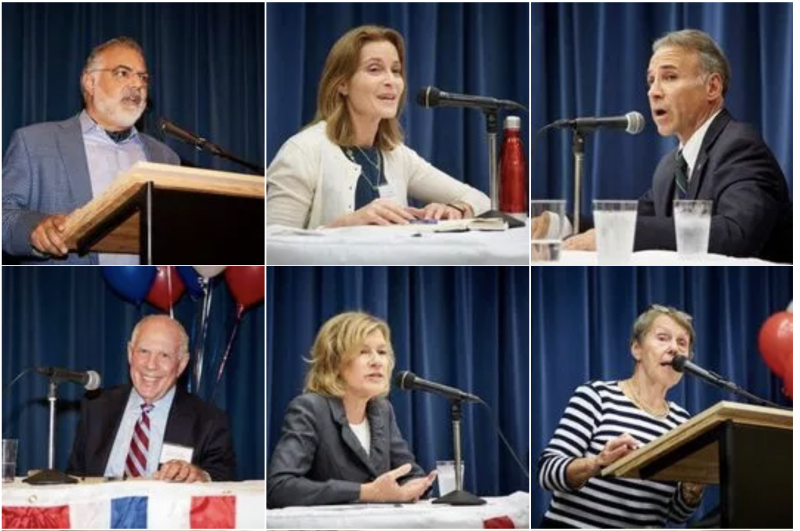 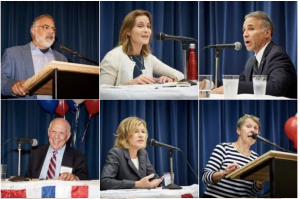 Lauren Rabin (R) and Sandy Litvack (D), candidates for the office of Selectman debated first.  This was followed by a debate between the candidates for First Selectman, Fred Camillo (R) and Jill Oberlander (D).  Jara Burnett from the Greenwich LWVG was the moderator.

Topics that were addressed ranged from environmental concerns to the revitalization of the backcountry, to property tax assessments and more.

The questions posed to the candidates were composed by the Board of the Round Hill Association.  Audience members had the opportunity to submit questions on index cards.